Providing a rare glimpse of the people who weave Persian rugs and their contrasting environments. 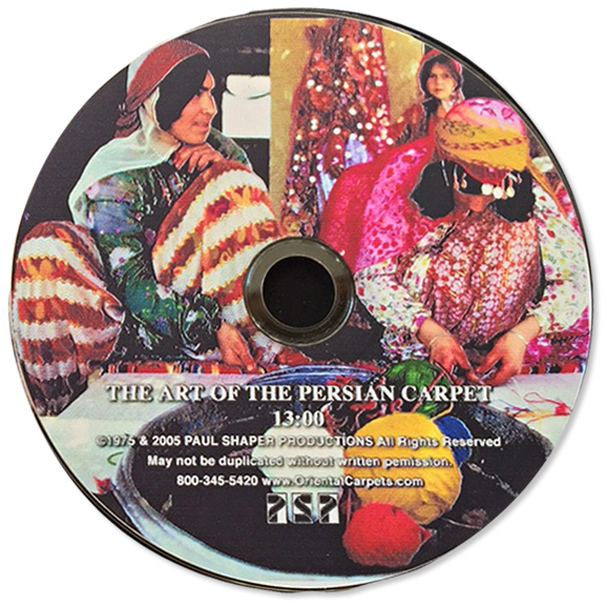 The viewer is transported from the city of Mashad, where the city-type production is explored, to the Turkoman tribes in the Northern Iran along the Caspian Sea and the USSR land borders, to the Fars in Southern Iran where the colorful, semi-nomadic Qashga’i do their weaving on the horizontal looms, set up outdoors.

The video also deals with the technical aspects of rug-making, such as the acquisition and the preparation of the materials, the origin and the creation of designs and the final preparation and the washing of the carpets. The knotted rug construction is explained in easy terms with diagrams so that the general public will understand it.

Individuals to whom these films are of the greatest benefit are those who decorate their homes with rugs and would like to learn how and where they are made. In addition, the colorful display of many completed carpets allows the viewer to mentally select one’s design preference.

The video bridges gap between East and West, providing a warm, human visual connection between the weavers who create and the Westerners who admire these works. It is most suited as an introductory tool in the retail store environment.

Ask us about the longer version, “The Persian Carpet” ((27 min. released 1975), for introductory teaching courses.

Bookmark this page and visit us back next week for a trailer on the “Art Of The Persian Carpet”.

Love to hear from you... Cancel reply

This site uses Akismet to reduce spam. Learn how your comment data is processed.